My Auntie Nancy is gone and I never got to say goodbye. Her death was sudden and although the funeral was last week I still haven’t had a chance to remember her and grieve. It’s always on the way to work when a certain song comes on or at night when I am supposed to be sleeping. I was told that a family member would be speaking of her at the service but that never happened. I would have loved to stand up and say goodbye…

My fondest memories of Nancy take place in her living room on random weekend mornings. Not often enough I would be in the area and just pop in for a chat. She had the ability to always make me feel welcome no matter if I showed up alone or with the family. As much as she loved kids, she was “Dog People” and when I had the dog in the car she always said “well what is she doing out there…bring her in”! Her immaculate home was secondary when it came to the kids feeling at home and welcome in her house. By kids I mean Vegas too because her animals were always treated without prejudice. New visitors had to be careful not to sit in Austin’s seat. She was constantly thinking of them and one of her favorite pastimes were her walks.

When it was just the two of us we talked about many things. Some were less important than others like what we were watching on TV and the amount of storage left on her PVR. But most of the time we talked about life. Nance was quick to talk about her kids as she was very proud of them both and I was always eager to hear what they were up to. She was so happy for Crystal and Damian and the life they were building together. Damian was like another son to her and she always talked about how hard Crystal was working and how she just went after the things she wanted. You could tell she was extremely proud everything she did and the woman she has become. She was always a little more worried about Colin! She was proud of him too of course but when we talked about Colin it was more about his adventures than his accomplishments (in a good way). I think we both envied his care-free spirit and cavalier lifestyle.

Then she would ask about Shan, and the kids. “How come you didn’t bring them?” she would ask and I would say “well I was just in the neighborhood”. Not letting up how selfishly I wanted to be able to just sit and chat with her one-on-one. She would ask about my Mom and Dad, and Marcy. She would talk about all the fun things she was doing with Grandma and about her upcoming trips and concerts. She always thought of me when The Hip was in town and the last one we took in together was at the ballpark with Ratte. We were all in the suite arm in arm dancing to “New Orleans is Sinking”. One of the best nights of my life, now more than ever.

Her devotion to her family was evident in her daily routine. It’s a Peever trait I know runs deep in my dad as well. You almost have to watch what you say around them because they are likely to pounce on your slightest need or want. One of the things that stands out for me was the time I was helping my parents move into their new apartment. It was an emotional time and I remember around noon Nancy showed up with lunch…for everyone. It was one of the most thoughtful things I have experienced. I took it with me. It was just so simple and classy and her way of helping out any way she could. I can hardly fathom how many people she has touched in this way. Certainly all of us.

She passed suddenly and the last time we spoke it was a text to thank her for the gifts she sent the kids at Christmas. Of course I regret not reaching out to her more as we all do in retrospect. I would bottle up that infectious smile and laughter. I wish I could carry the feeling of comfort that came with being around her and bring it to the next family gathering where it will be missed the most.

Much love Auntie, you will be missed. 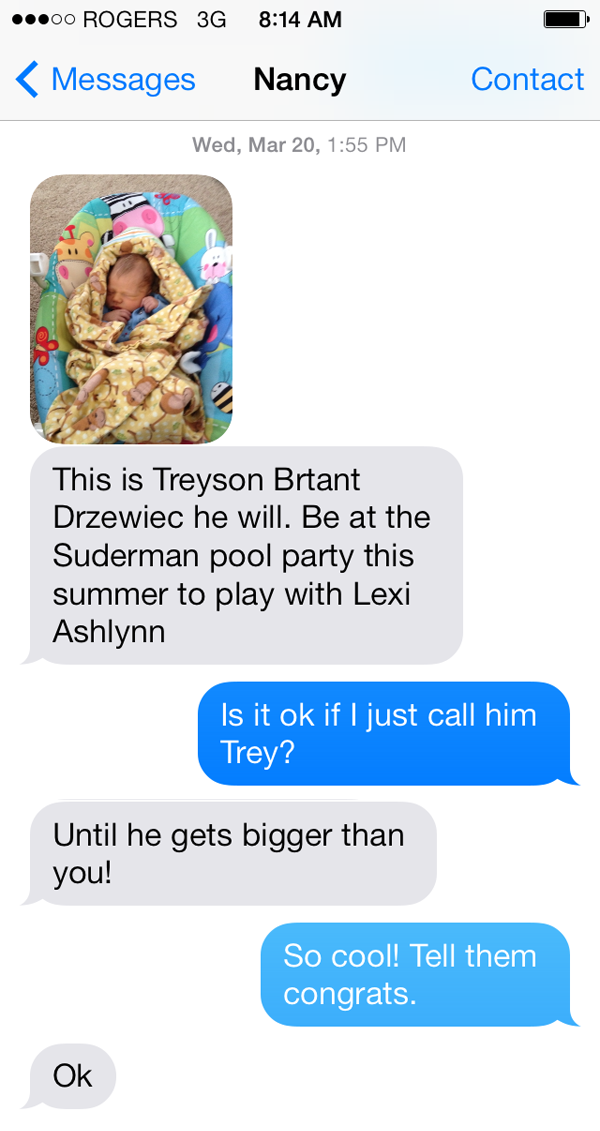