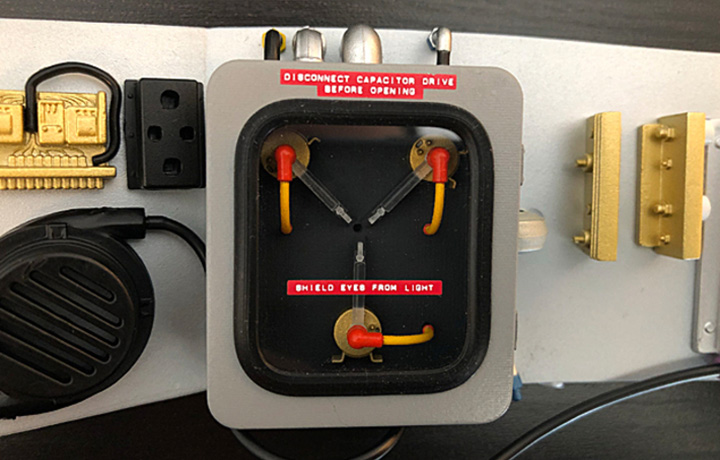 Last night Shan called me at work to let me know that the air conditioner wasn’t working. First question I asked was “what is the temperature in the house?”

I called Nolan because he always has a guy. I thought maybe one of our hockey guys might be in the business.

By the time I got home, it was 30. Seemed warmer than outside actually. I checked the breaker, the thermostat, and then I had to call someone. I called Glenn Luff from East St. Paul Mechanical. I met him when my furnace died a couple of winters ago. He came highly recommended by Scott Sullivan and did a great job sorting us out. He went as far as to show me some common things that I could do the next time my furnace was acting up. Awesome guy.

Anyway Glen ran me through a few things to see what was going on over the phone. By this time it was Friday at almost 8pm. Nothing open and nothing going to be open until Monday unless you want to pay for an emergency call. He talked me through how to test the thermostat and make sure it wasn’t that. Then he showed me how to take the thermostat off and give it a little jump start using a wire or paperclip. Still nothing. At the end of the call he said to remove the disconnect so there was no power going to the unit and check the capacitor. If it looks like a can drink in the freezer (top rounding out) then it’s blown.

He was a huge help. When I got off the phone I looked “aircon capacitor” and came across one of the best how-to video’s I ever saw. I actually had to stop what I was doing and go show Shan this video:

Opening my air conditioner I could see the capacitor was blown right away and took it out. It was already 8:35PM and by the time I hit Canadian Tire and Home Depot I was almost out of options.

In my car I Googled “Capacitor Winnipeg” and a list came up and most had a big red “Closed” by the link. Apex Heating & Air Conditioning on Berrydale came up and since it was nice and close I thought I would at least call and leave a message. Someone actually answered but was already at the lake for the weekend. He asked me to send him a picture of my capacitor and said he would get back to me. On my way home he called and said he had found one in Windsor Park that I could buy. I basically went to a guy’s house and he went out to his truck and gave me the part and even showed me how to test it.

I was really impressed at how much these companies were willing to help me fix this. None of them gained from it. I even checked if what I paid for the capacitor was what they actually cost and it was less than the ones I pulled up. It made me want to do a shout out to these guys in the game.

If you need help with your air-conditioner let me know maybe I can help. If not I can put you in touch with one of these awesome companies.